The failure of the Krakow revolution in 1846 and incorporation of the Republic of Krakow to the Austrian Empire impacted the committee in a large way. It was now beholden to the Country Administrative Council. This required the making of regular reports and financial reports. From 1860 the Committee was under the Sovereign Committee and from 1866 the Country Division in Lviv, which was the executive branch of the Galician Sejm.

In 1867 the Committee of Constructing the Monument 1867 was transformed into the -still existing – Kościuszko Mound Committee. 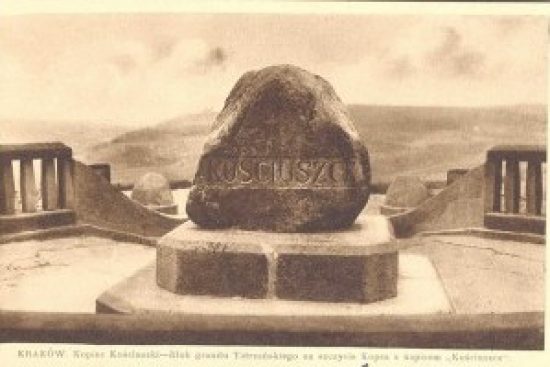 During World War II, when the occupying forces threatened to destroy the Mound, the Committee worked in secret. Four valuable members of the Committee were killed during the war, including John Fischer and Tadeusz Polaczek Kornecki.

The first meeting of the Committee after the War took place on the 4th of February 1945. The Committee worked with reduced numbers and without financial support. In 1946 Karol Estreicher jr. was made vice-president, a member of the Committee and of the management of Society of the Enthusiasts of the History and Monuments in Krakow. On 15th July 1951, the President of the Committee Karol Rolle gave away the seal and the care of the Mound to Karol Estreicher. The new president with dedication and sacrifice cared for the Mound. Financial backing was provided by entry fees.

On the 21st of January 1971 management of the Society of the Enthusiasts of the History and Monuments in Krakow, as asked by its president Wiesław Bieńkowski, agreed to make the Committee a separate entity within the society. From that moment on it was part of a legal entity as mandated by law.

Dr Mieczysław Rokosz – a historian – is president of the Committee since 1994.